the late great legend that was percy stallard.

Our membership varies from newbies to World Champions; there is a place for everyone, whatever ability.

Percy Thornley Stallard was born at his father’s bicycle shop premises at 30 Broad Street in about 1910.

He eventually took the shop over from his father and ran it until his retirement in the 1990s. Percy began competitive cycling at the age of 17 and rapidly made a name for himself. He was a member of the Wolverhampton ‘Wheelers’ Cycling Club and selected for the World Road Racing Championship at Monthlery, France in 1933. He finished in 12th position and was selected for the following year’s event at Leipzig, Germany, finishing in 6th place. In 1935 the championship was held at Namur in Belgium and Percy finished in 12th place in front of a vast number of spectators

Percy trained his own team of Wolverhampton cyclists, and in 1938, one of the team, Ray Jones, won the silver medal in the Empire Games. The Wolverhampton club entered many races and Percy became well known for his racing successes. In 1939 he won a 62 mile race in a time of 3 hours, 2minutes, 59 seconds and came in first in the last cycle race to held at Brooklands. He also represented England in the World Road Racing Championship in 1937 and became team captain in 1939. Unfortunately the event for that year was cancelled due to the beginning of the war.

With 7 miles to go at Summerhouse Hill, Albert Price and Cecil Anslow, both of Wolverhampton, led the field and Corporal J. Jones of the Royal Air Force followed close behind. An outstanding effort considering that he had been delayed with a broken chain. 2,000 spectators awaited the outcome at West Park and they saw an amazing finish with Albert Price winning by just two lengths ahead of Cecil Anslow. J. Jones came in third and J. Kremers finished in fourth place. The race had been a great success and the Express & Star Comforts Fund benefited by the sum of £105. Percy Stallard should have felt proud of his achievement but all of those involved were suspended by the N.C.U. and the R.T.T.C.

In his later years his main hobby was hill walking. He made many visits to Snowdonia and the Lake District, and visited Australia and the Grand Canyon. Sadly Percy died on 11th August 2001, aged 92. The bicycle shop was taken over by his late son Michael, in Broad Lane, who also had a successful racing career. 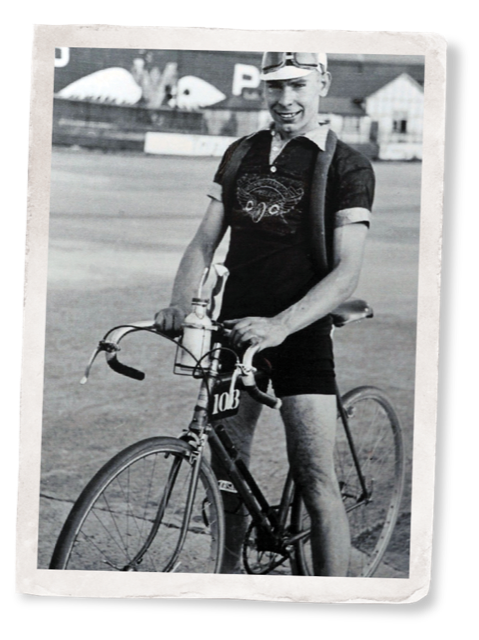 The ideology of one man, Stallard, gave this country road racing as we know it today

Get to know us better. Our social media platforms are a great way to learn about our organisation, upcoming events, involvement opportunities, what you do for the BMCR, and more. Follow us and join a diverse group of people across the nation!